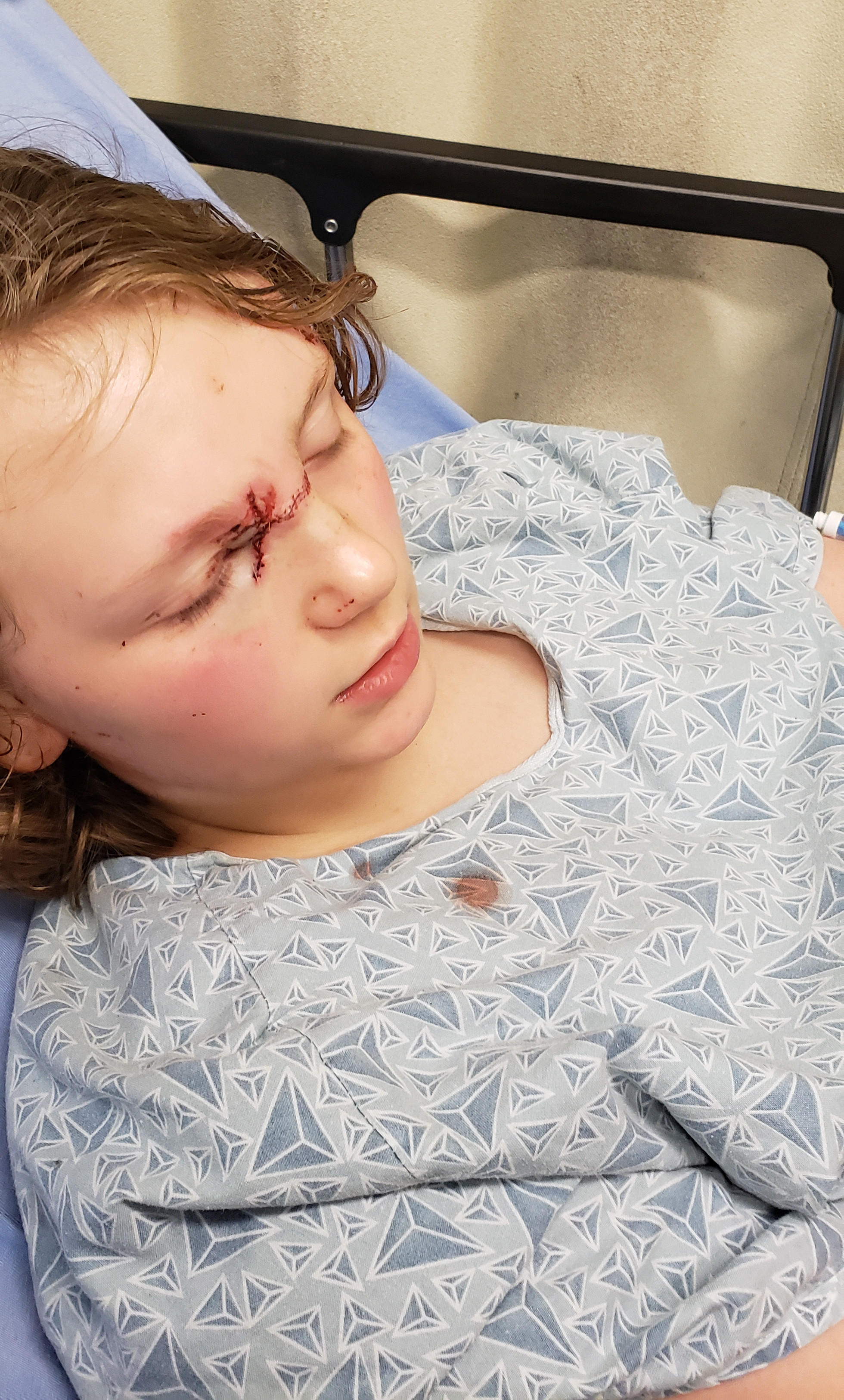 I want to help!

On October 28th, my 9-year-old daughter was bit twice in the face by a pitbull and immediately rushed to the children's hospital. My 2 daughters were left unsupervised under their father's care. He works approximately 40 minutes away and leaves them home alone a lot.

My 15-year-old called me frantically saying her younger sister was bit by the dog and there was blood everywhere. I got there as fast as I could, in about 7 minutes, and she had a bite on her forehead as well as on the bridge of her nose, only half an inch away from her eye.

The paramedic immediately said we have to go specifically to the children's hospital in the next state as she might need reconstructive surgery.

I requested and was granted immediate, temporary custody, until court on Monday, November 4th.

The father is intending to keep the dog, putting it before these kids' safety.

I am desperately seeking financial help for legal fees in order to win full custody of my daughters so they don't have to live in fear of a reoccurrence or have flashbacks every time they see the dog.